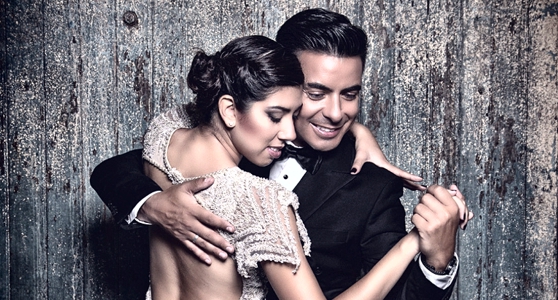 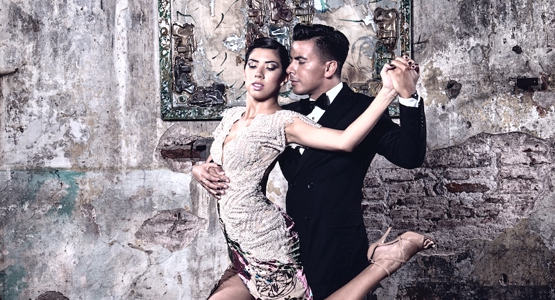 We are part of the so-called young generation of Tango Salon, whose style combines the aesthetics and tradition of the years of splendor of 2×4, with a more current vision and technique. Through constant search, we achieve our own identity characterized by elegance, precision and expressiveness.

We both began to admire the genre from our childhood. Roxana began to listen to tango while in her mother’s belly and grew up in her grandmother’s milonga, getting to watch the best dancers of that period. Sebastián began studying tango in the city of Azul, in the province of Buenos Aires in 1995 and in 2005 he won the World Tango Salon Championship.

Young but still with enough experience, we decided to unite our paths back in February 2007 and since then, we have maintained that motivation to continue learning and evolving.
In the beginning, and between extensive rehearsals, we worked teaching classes in renowned studios in Buenos Aires and performing in the Buenos Aires milongas. Tours around the world quickly began to take place, being invited to transmit our knowledge and experiences by participating in prestigious international festivals such as TanGoToIstanbul (Turkey), Mallorca Tango Festival (Spain), The Brussels Tango Festival (Belgium), Łódź Tango Salon Festival (Poland), Taipei Tango Festival (Taiwan), Torino Tango Festival (Italy), Nora’s Tango Week (San Francisco, USA), Festival Internacional de Tango de Lisboa (Portugal). Throughout these years we have had the pleasure of stepping on all continents. We have also created our own tango space in Buenos Aires, called “Ensueño”, nowadays directed by Roxana’s mother.

Since 2010 we integrate different companies, including Tango + Tango. We have also participated as guest artists in shows in theaters on Corrientes Avenue in Buenos Aires, such as El Cruxe, by Vanesa Villalba and Facundo Piñero and Descarnados, The Show, by Sabrina and Ruben Veliz.

Today we both reside in the city of Barcelona, ​​Spain, from where every weekend we travel to events in different countries to continue sharing with colleagues, friends and students…

We are in the unpleasant position to announce to you the postopone of the 7th Tangolovers Festival 2023.

Unfortunately, the Venue we collaborated with, for the last years, changed management and terminated our agreement in short notice.
We did our best to find another Venue that meets the requirements of our Festival but it was impossible. Due to the limited time we have till February 2nd, 2023, it would not be appropriate to encourage people from abroad to book their flights only having to cancel them later.
That’s why we had to take this decision now.

However, we will not cancel it, we will transfer it for May 2023!!! Soon we will announce the exact dates! Those who did the registration and paid already will be contacted regarding the return of their money.

Thank you all for your understanding and we hope to see you in May!